I am going to start by saying we have been really, really lucky so far in this renovation process. The biggest hiccups we’ve experienced are rather minimal – the glaze chipped on the kitchen cabinets and I had to re-sand, paint a re-glaze them, we have a few hornets nests along the roofline that still haven’t gone away, a post on the front porch was sinking down and needed to be cemented into place, our refrigerator stopped making ice and we had to buy a new dish washer. That’s it. Not bad, right?

Until last Thursday when Brett peels back a portion of the sheetrock on the ceiling and gets splashed in the face with some water. And last time I checked, water has no business being in the ceiling. Which can only mean one thing. The roof is leaking. 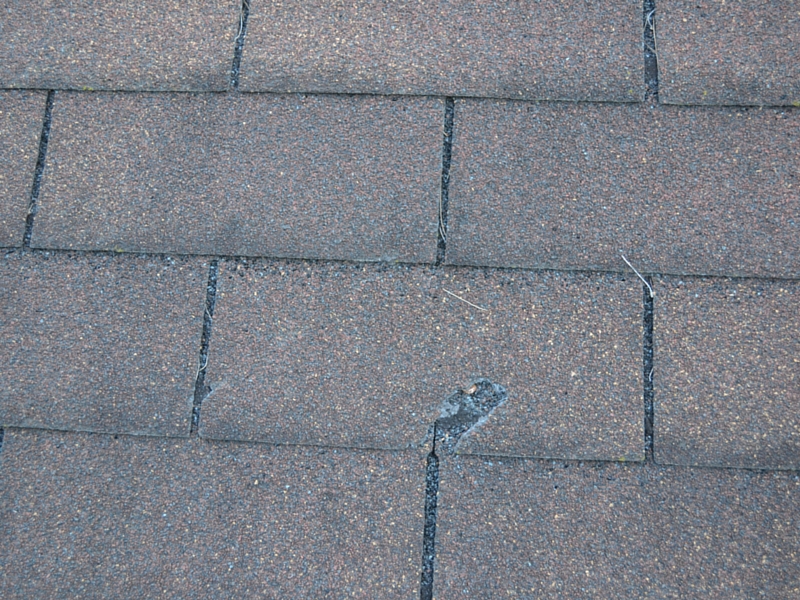 The roof is leaking? That can’t be. We were told in the disclosure that the roof was redone in 2012. How on earth could a four-year-old roof be leaking already?!

The next day, Brett climbed onto our roof to check out the damage and see where the leaky spot was. Much to his surprise and 75 pictures later, we realized that there was absolutely no way the roof was only four years old. Shingles were torn or ripped, the texture part of the shingle was completely gone on some of them, there was algae damage along the top and there were bubbles in certain areas. 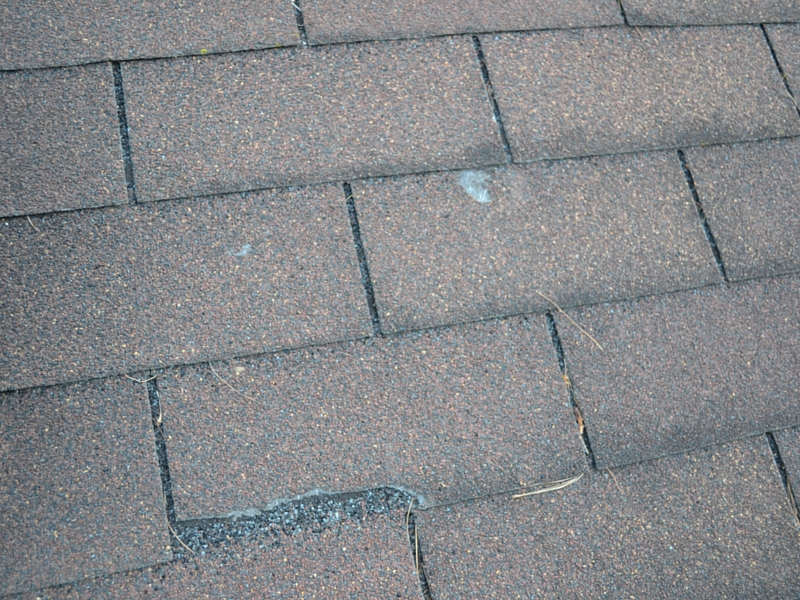 We did not budget for a roof. To be honest, it wasn’t even on our radar because we were told it was only four years old.

What about the inspection? Well, it was done in March and there was snow on the roof so the inspector did not go up there to take a look. We have no idea if that’s normal or basic procedure, but at the end of the day, we all took the previous home owner’s word for what she had written on the disclosure. 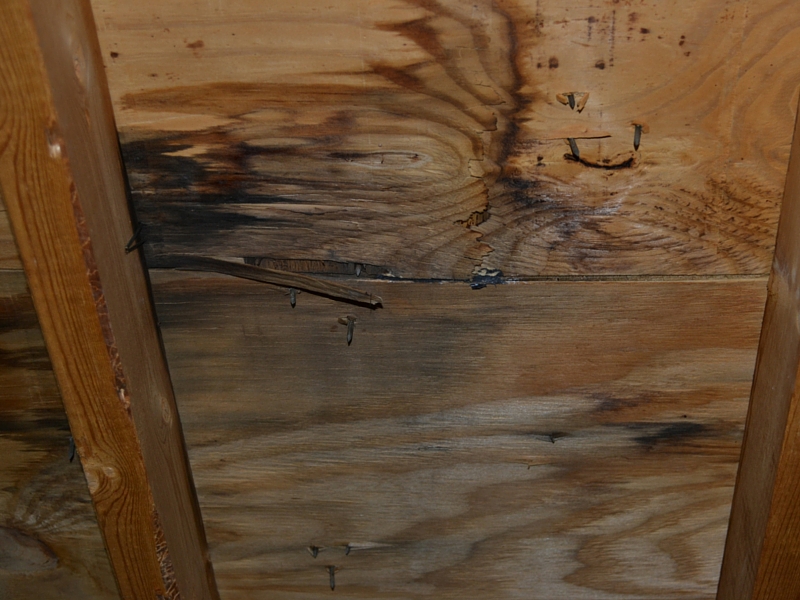 This past weekend we had two contractors come out to assess the damage and give an estimate. Both contractors estimated the roof to be about 15-20 years old, with significant amount of wind, hail and algae damage.

We’re assessing our options and may go the legal route. We don’t want to submit a claim with our insurance because it is our understanding that our rates would most likely go up. In my eyes, the previous owner blatantly lied. 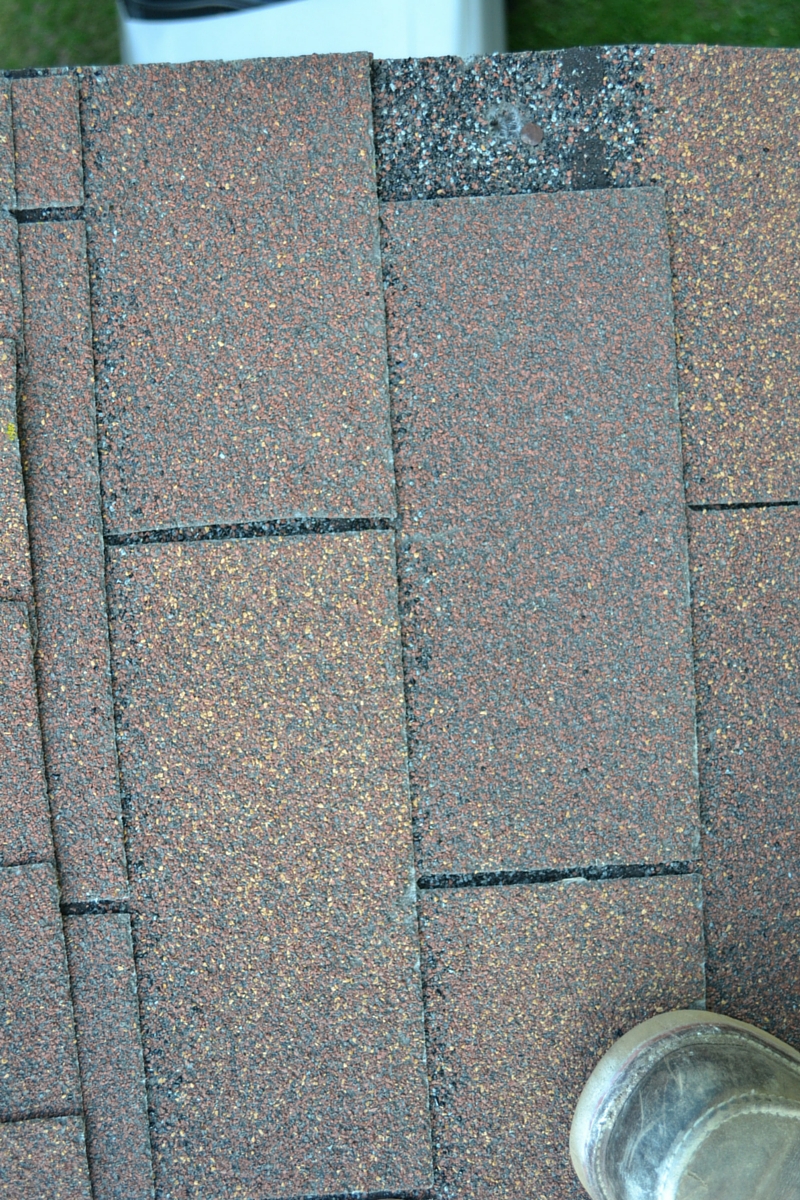 It’s frustrating, disheartening and just plain sucks. This is not something we planned for and put in our budget. I understand unexpected projects come up when you are a home owner and we went into this knowing we had some big expenses to pay, but a new roof was not one of those expenses. Especially when we were specifically told the roof only had a few years under its belt.

Which means now we are playing the waiting game to see what comes of this mess. The more we sit around and think about it, the more frustrating and confusing the situation becomes. I just don’t understand why someone would lie about something as significant as a roof. 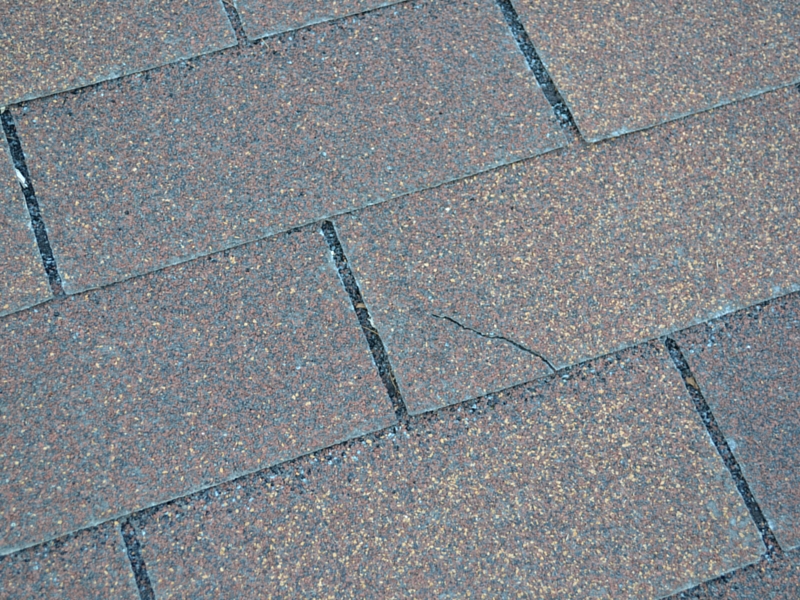 If we do end up having to pay for a new roof, some projects will have to be shifted or delayed. The garage is a go, as long as we get approved for the permit. And the HVAC system is most definitely happening because we live in Minnesota and need heat during those nasty winter months. What will most likely be put on the back burner is the guest bathroom, bedroom and office.

Did I mention that this sucks? In case you need to hear it again, here it is: this sucks. Big time. 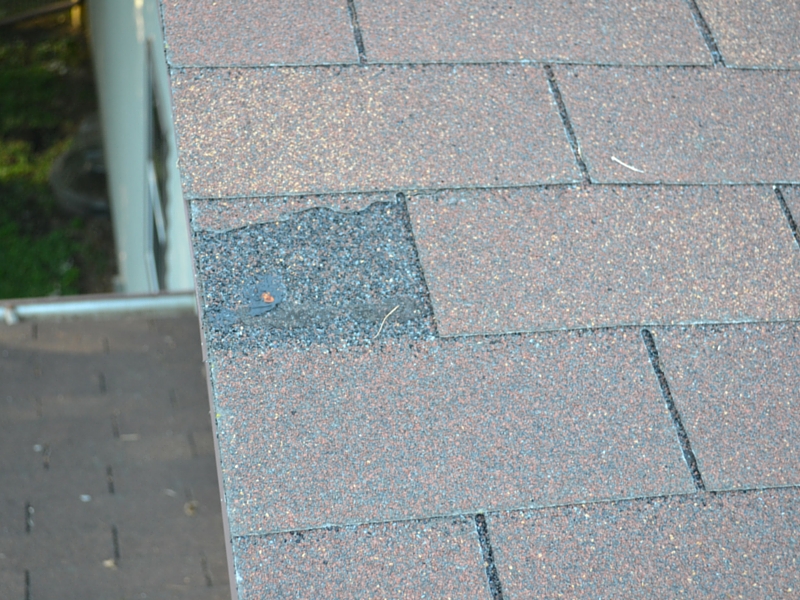 note, it’s Friday. Which means we wish you a very happy and relaxing weekend! If it’s anything like Minnesota, you’re going to want to stay cool! Also, if you’ve been in this situation or know someone who has, we’d love to hear your thoughts and comments! This is all new territory and we’re learning as we go.