Make a great first impression and decorate with confidence with this step-by-step tutorial on how to style an entryway table. [post contains affiliate links, which means we may make a small commission, at NO additional cost to you, if a purchase is made. thanks for supporting north country nest!]

We’ve been in this house for nearly three years and I’ve FINALLY figured out a foolproof system for decorating our entryway table (and hutch). Not only has this streamlined the decorating process but it’s also created a clear framework and contrary to what I first thought, has allowed me to be even more creative.

Decorating is not rocket science but there is a certain art to getting it right for yourself. Keyword there being, ‘for yourself.’ Decorating is a personal endeavor and part of creating a mindful home is being intentional about the pieces you show off. Prior to really understanding my decorating process, I found myself throwing a bunch of knick knacks and things on a shelf, without giving it much thought. Now, I follow the basic steps outlined below and take my time to really make sure it feels right.

For me, part of figuring out my decorating process was finding inspiration in what others have done. I took ideas from other pictures and created my own version. I’ve put together three variations to our entryway table – and if you’ve been around here before, you’ve seen even more throughout the years.

How to Style an Entryway Table

When bringing in a new set of items, the first thing I do is clear everything away. I think ‘they’ say something to the effect of: you need to start with a blank canvas. 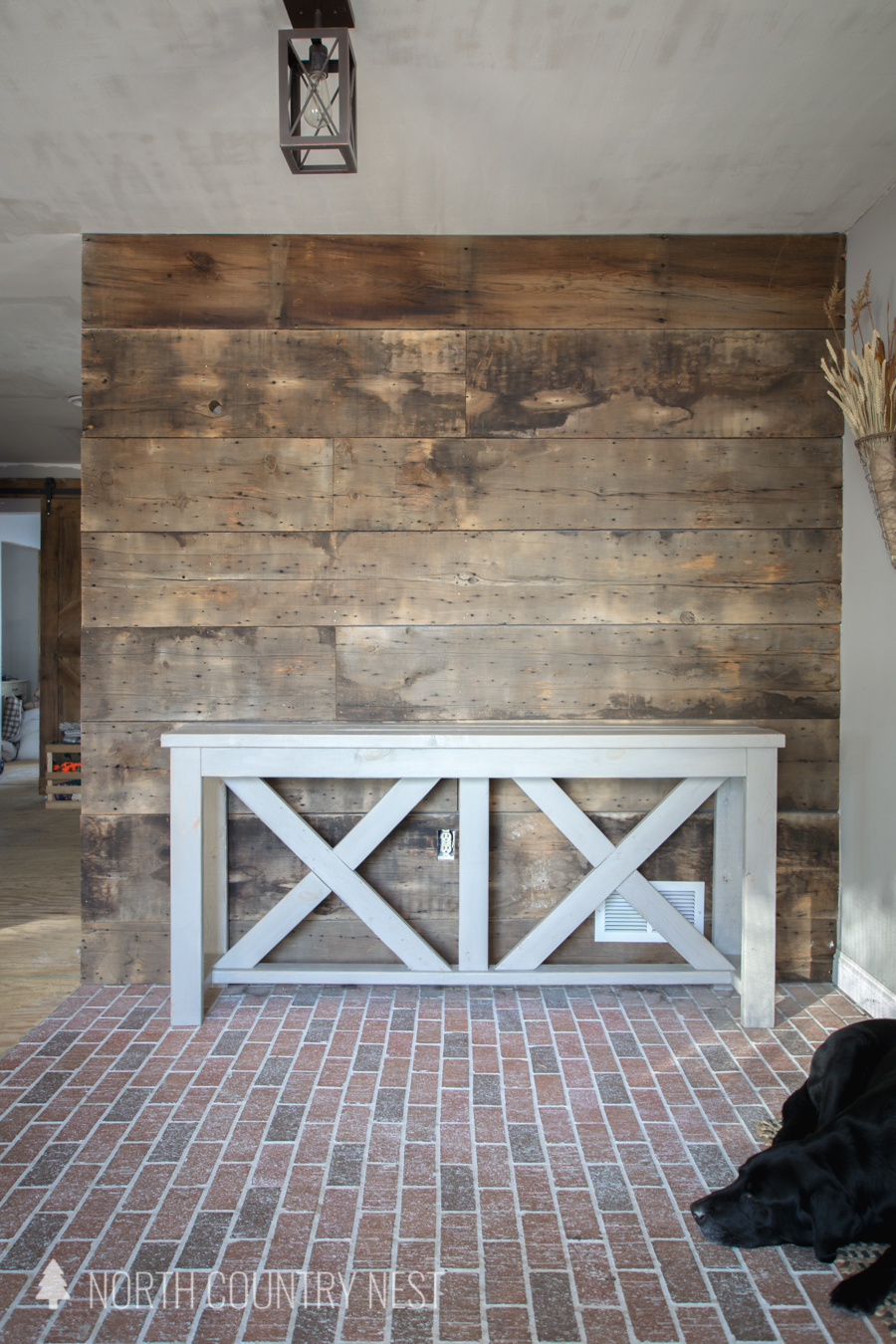 The first piece I bring in goes above the table (or on it as you’ll see in variation #2) and 99.9% of the time, it’s the main focal point. Large mirrors, artwork, windows or wreaths work really well for this. All of the larger pieces we have were either purchased on sale or found at a thrift store/garage sale. Once I realized what style I was drawn to, I started keeping my eyes open for larger things – curating this is definitely an ongoing process. 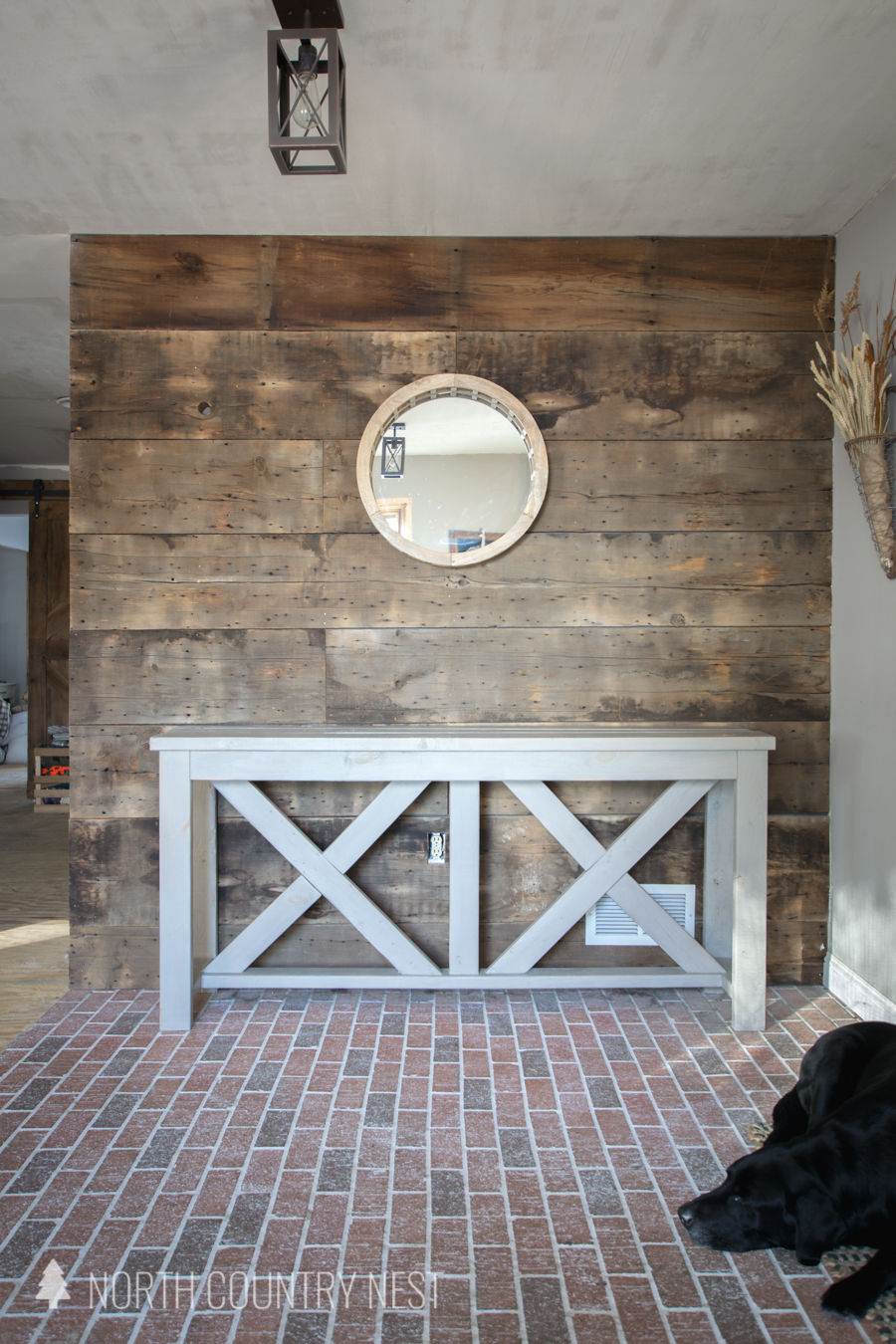 Next, I bring in something that will go right underneath the focal point. When I’m putting up a larger piece, like this mirror, I tend to go with items that are more grounded – your eyes are naturally drawn down and I’ve found that if I go with something tall, it competes with whatever is above. In this example, I’ve adding a wooden bowl, filled it with vase filler, a candle and some deer antlers. 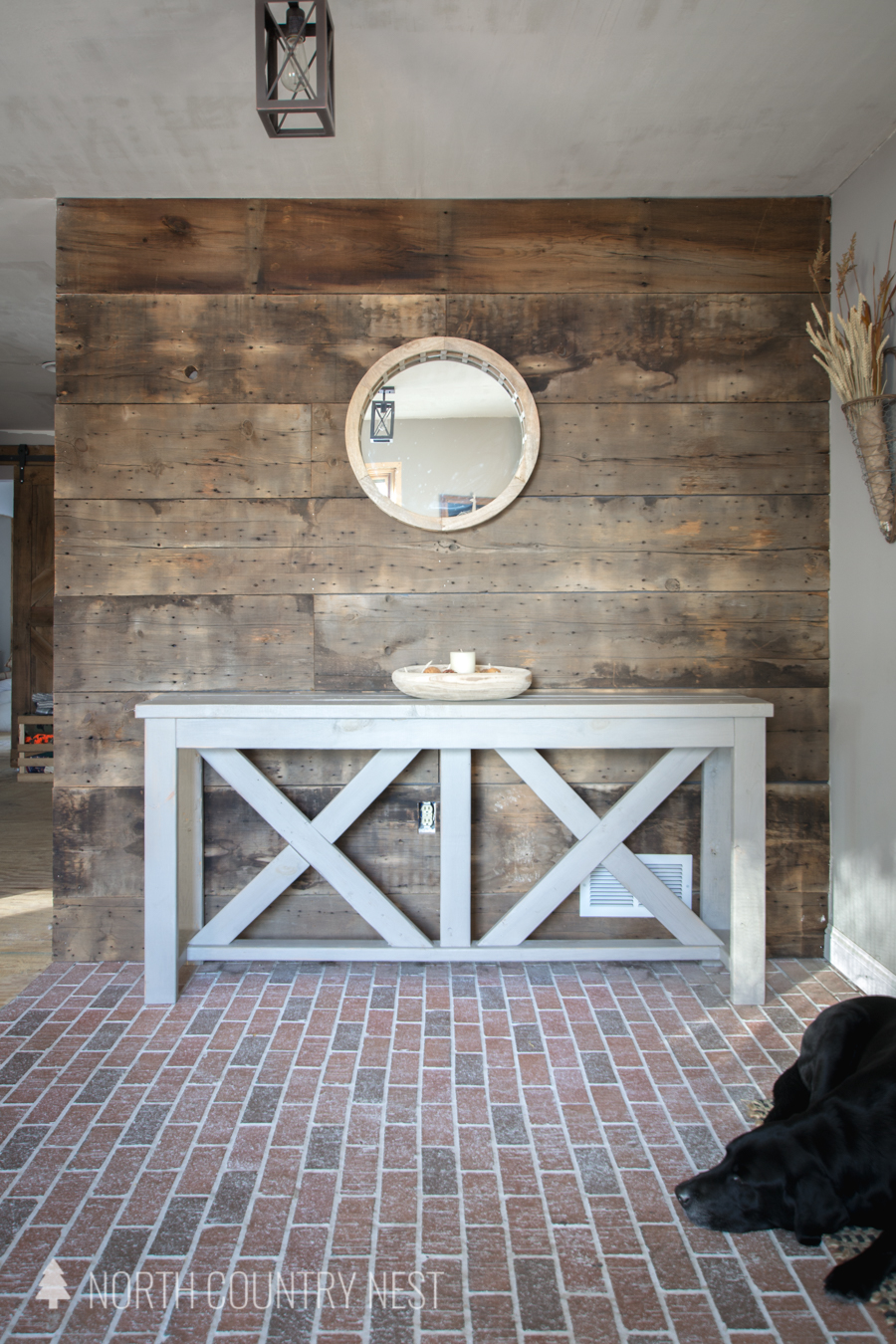 Now that the center is taken care of, it’s time to style the sides. If I didn’t plop a large vase of greenery or flowers in the center of the table, that’s usually what I’ll add on either side. Flowers/greenery livens up the space and is my number one go-to when decorating. Whether they’re real or fake, I cannot recommend adding them to your lineup enough. 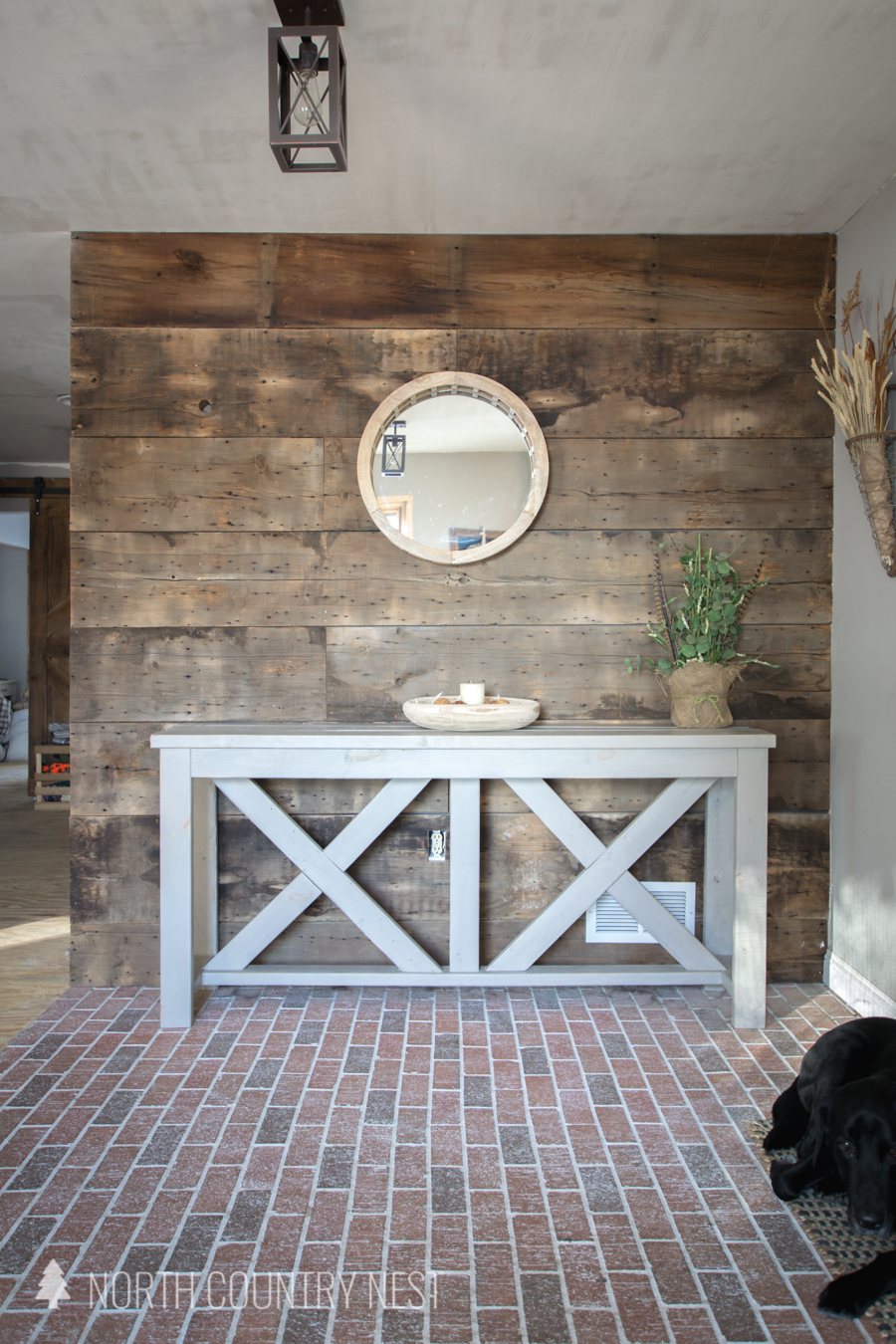 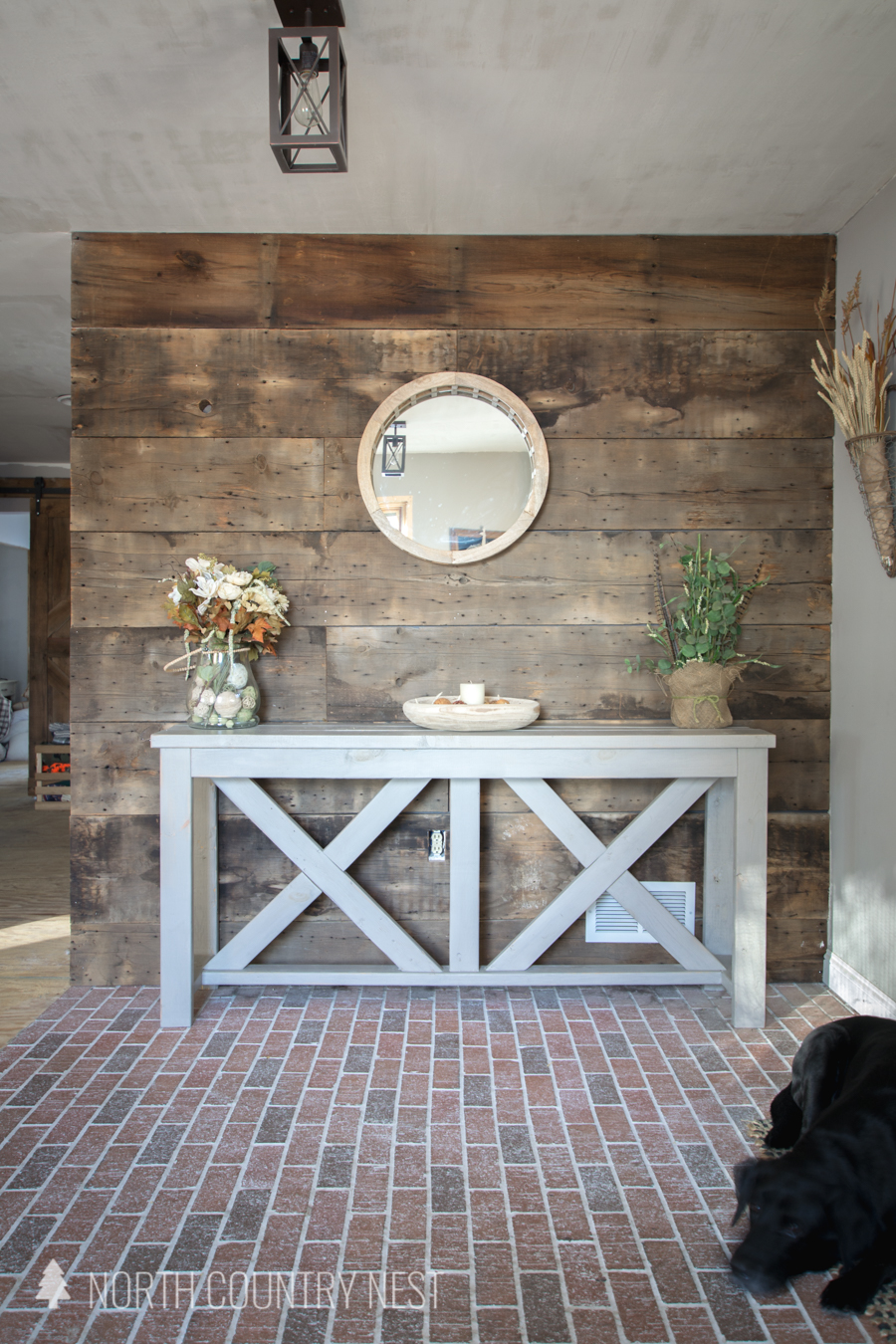 If I was going for a more minimal look, I could be done right here. But, where’s the fun in that? 🙂 Now that I have an “anchor” on either side of my focal point, it’s time to add some smaller items to bring in a little more personality. This is when the rule of three comes into play.

For the longest time, I had no idea this three-thing was a rule. As I mentioned already, my decorating involved throwing a bunch of things onto the table and calling it a day. The rule of three is a decorating guideline that states you should cluster items together in threes. It’s all about balance and for some reason, our brain like things together in this amount. For me, this is usually what takes the longest. More often than not, I find myself mixing and matching to get it all just right. But don’t stress too much; this rule isn’t the be-all-end-all. More of a general guideline to think about when you’re styling your tables and shelves. 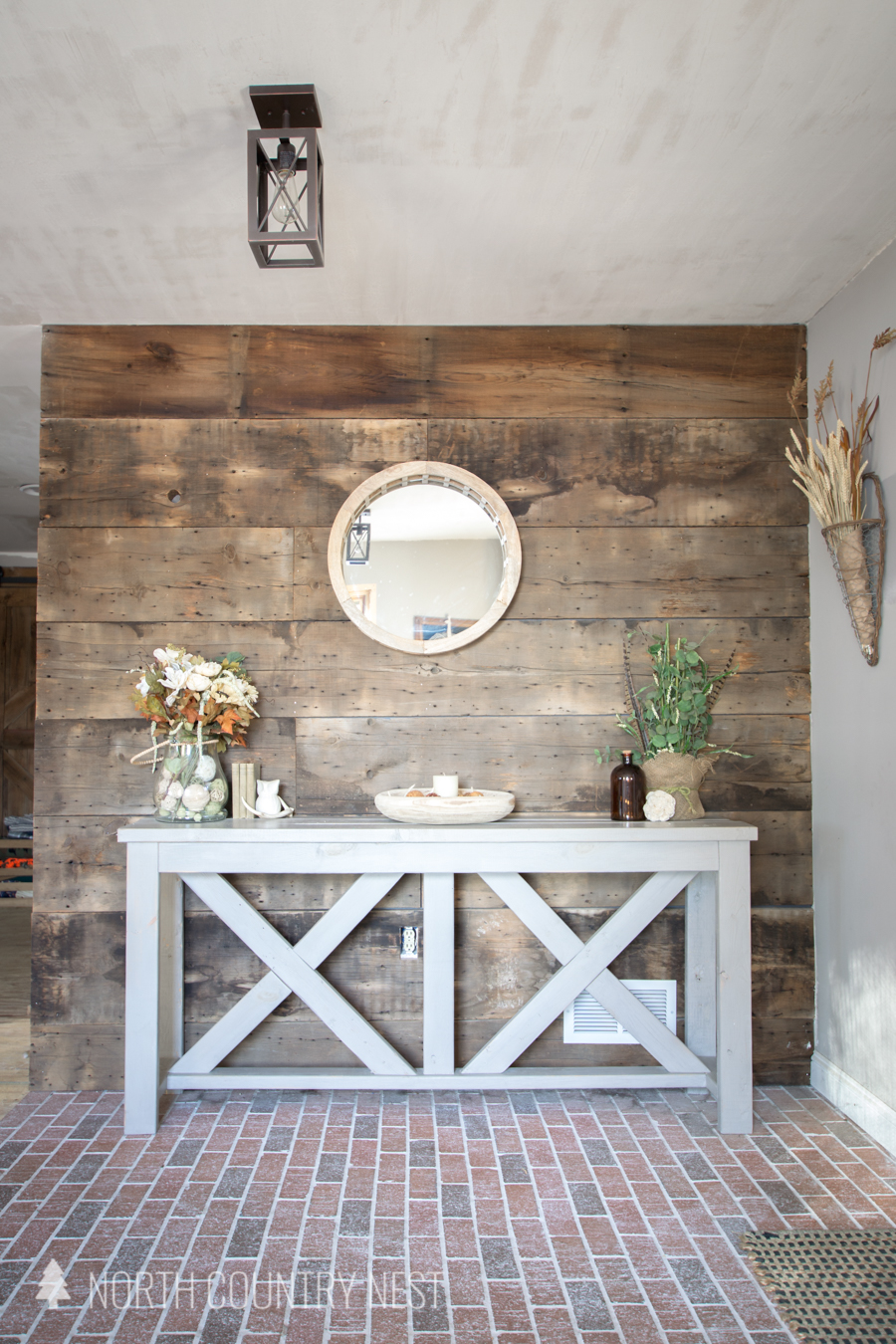 To finish everything off, I usually add something on the floor on either side of the table, to balance it all out. As you can see, the heights are generally the same even though the items are completely different. 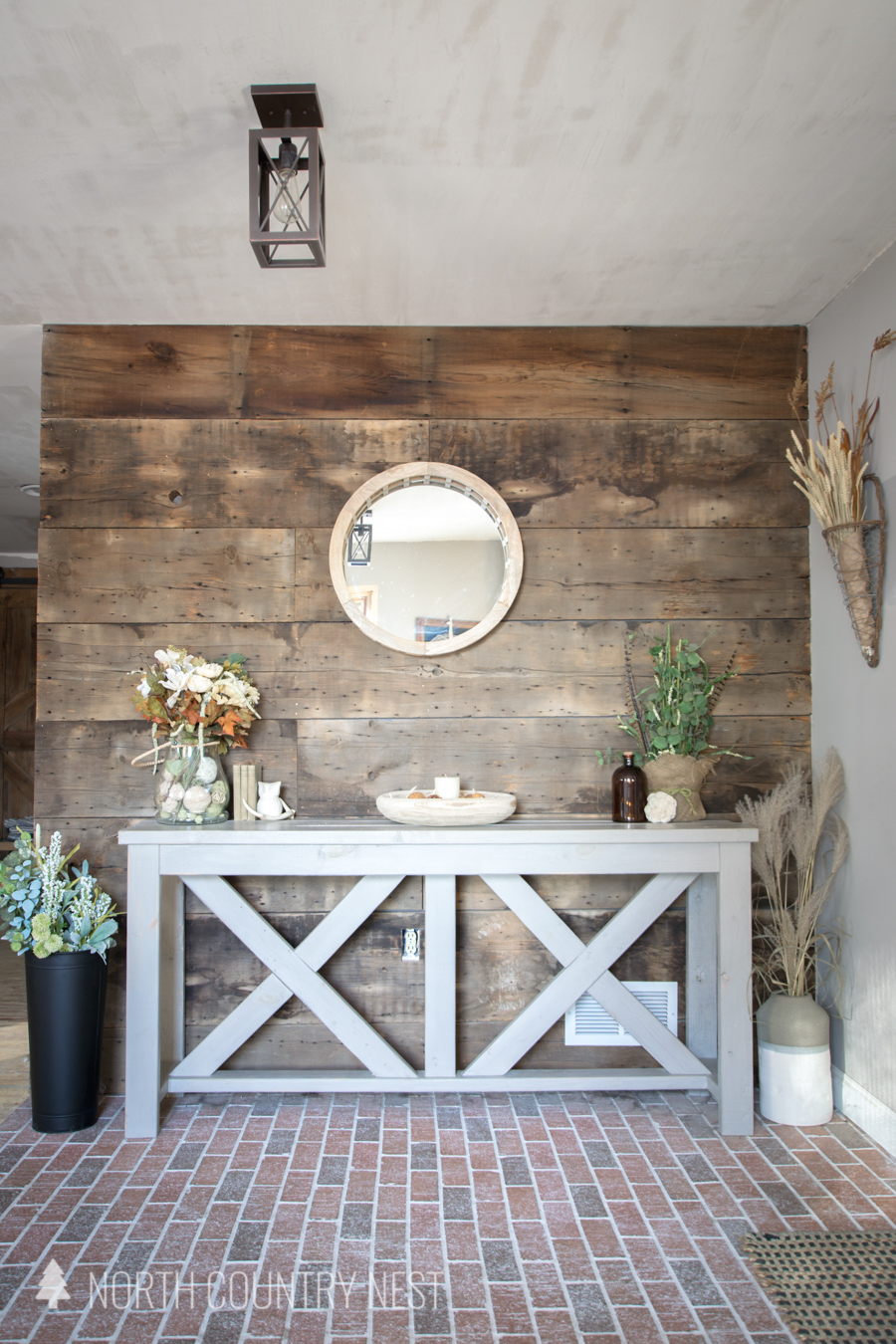 Up next is styling around a smaller wreath. 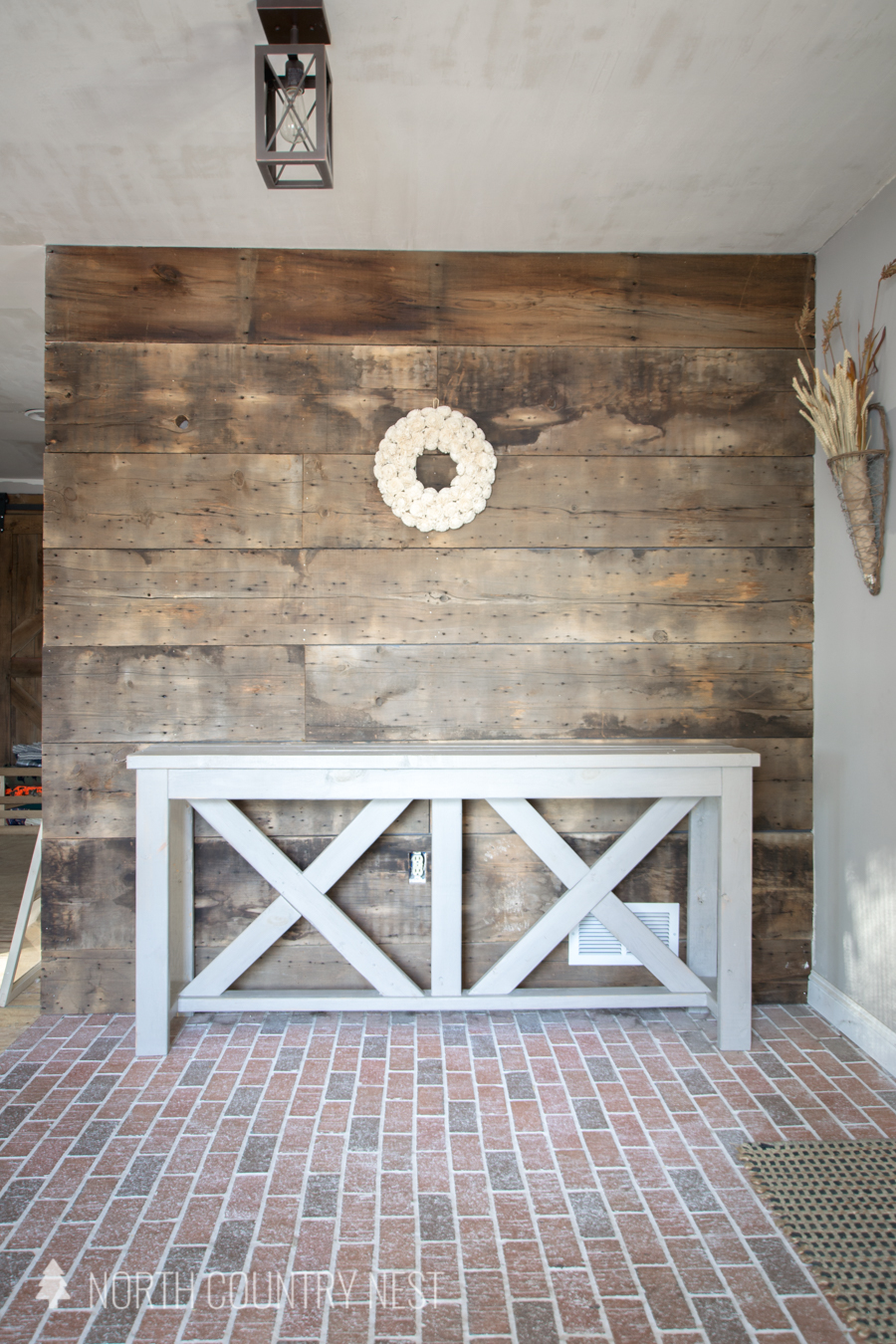 Since it’s not as large as the mirror, I am able to add a chunkier item below it that doesn’t throw off the balance. 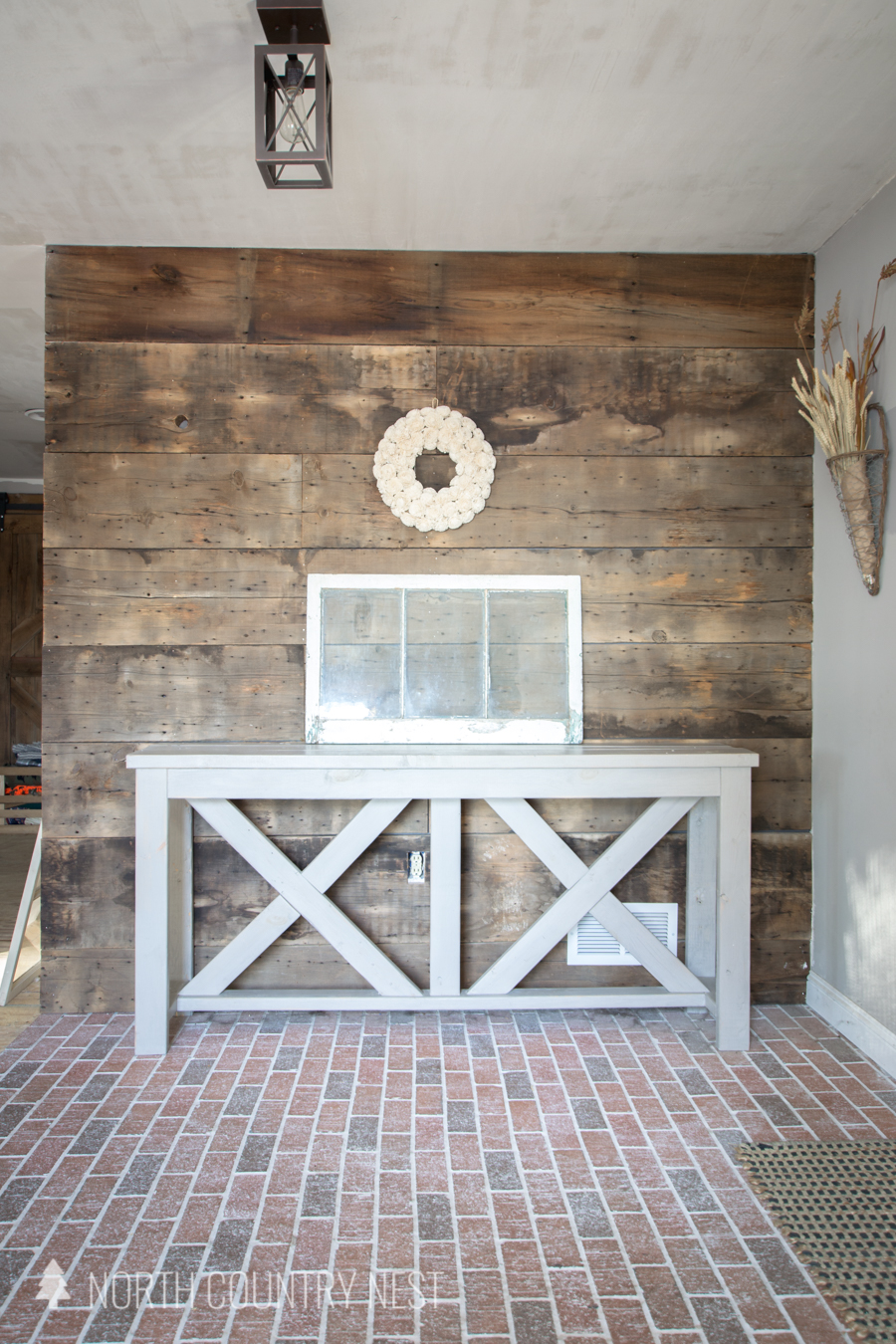 Next, I add greenery, this time staying in the middle. 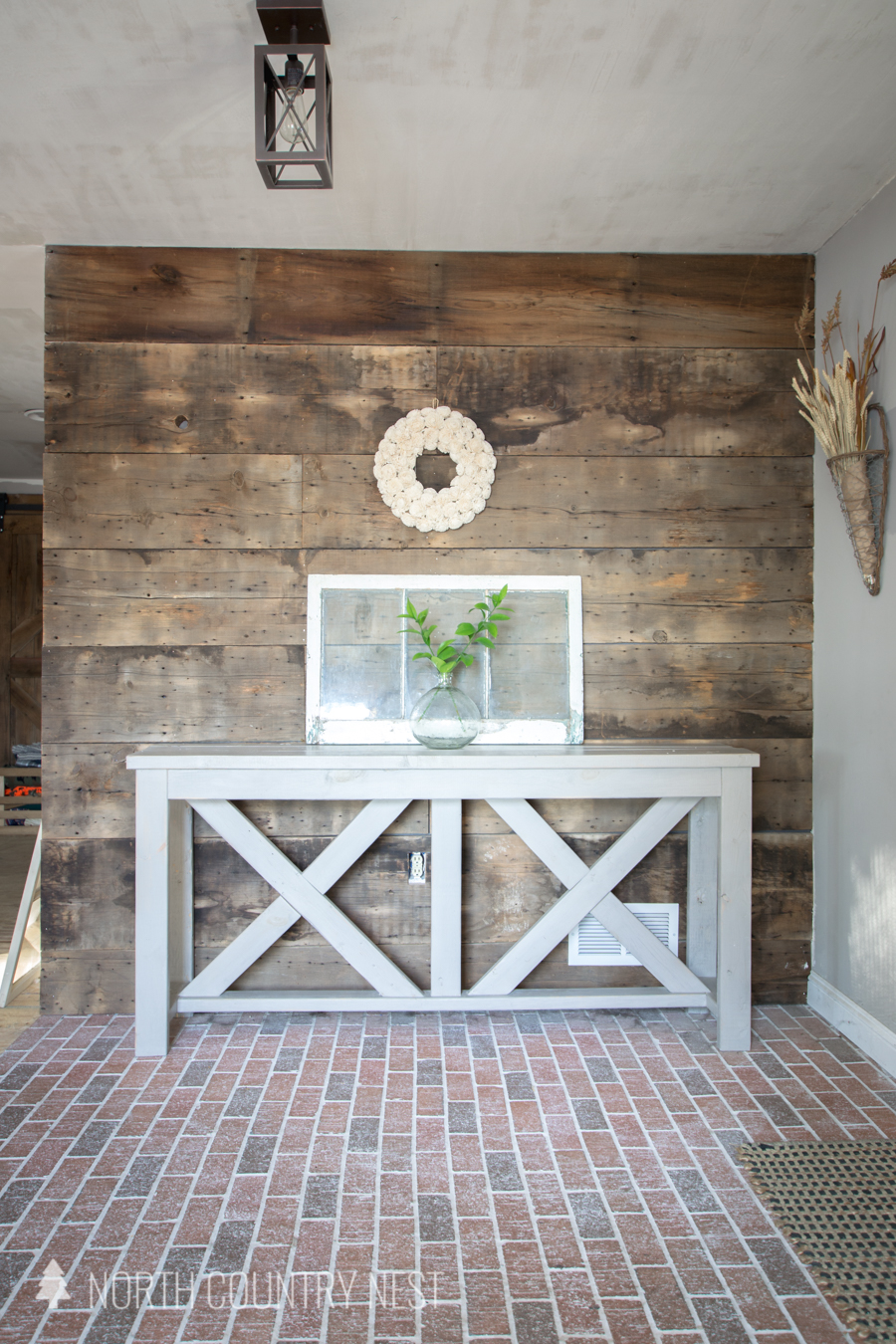 To balance it out, I bring in two chunky pillar candle holders and add one to either side of the window. 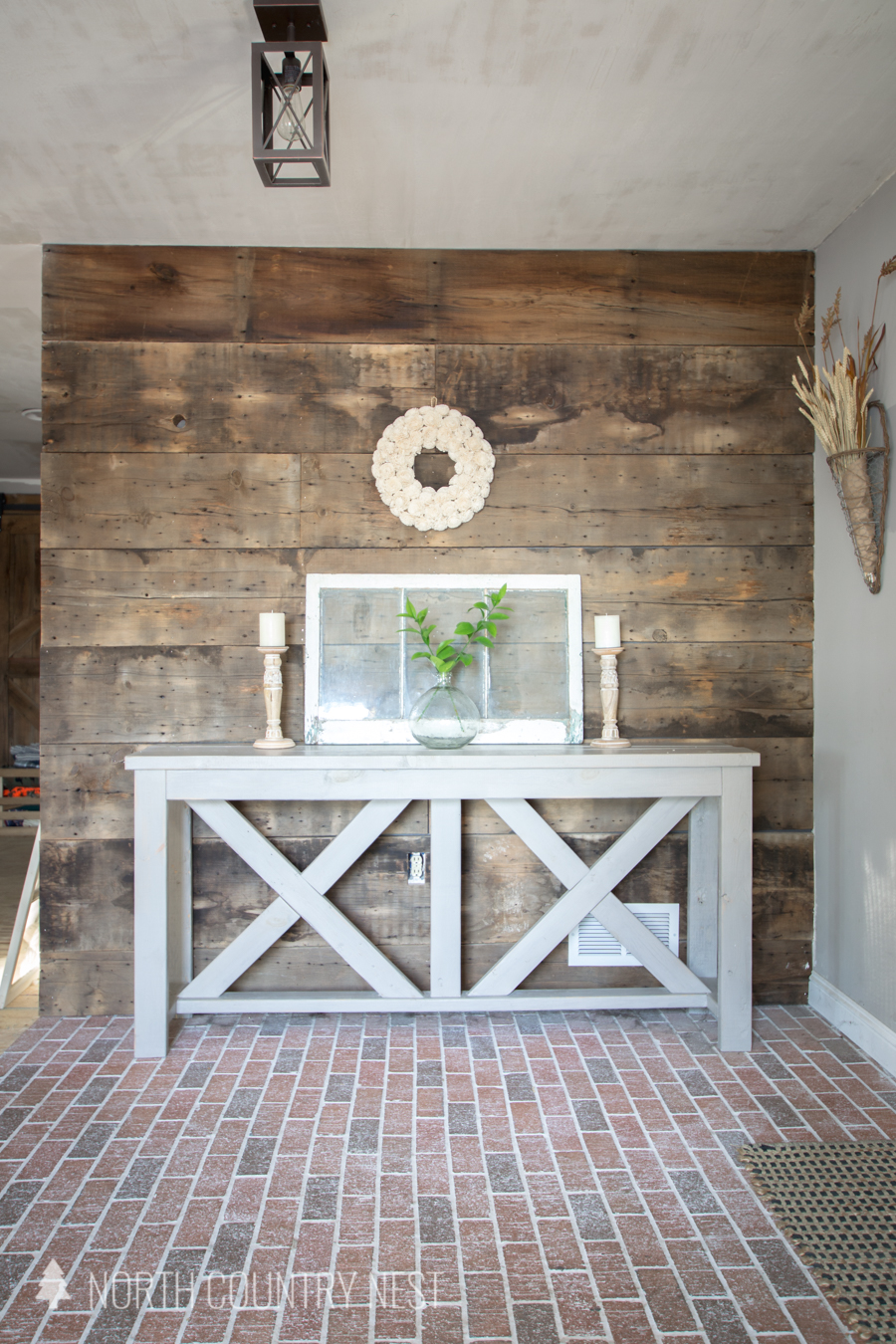 Since I like the minimal style here, I leave the tabletop alone and add a simple basket to bring the eyes all the way down and call it done. Having an item on just one side balances out the wheat that I have on the wall to the right. 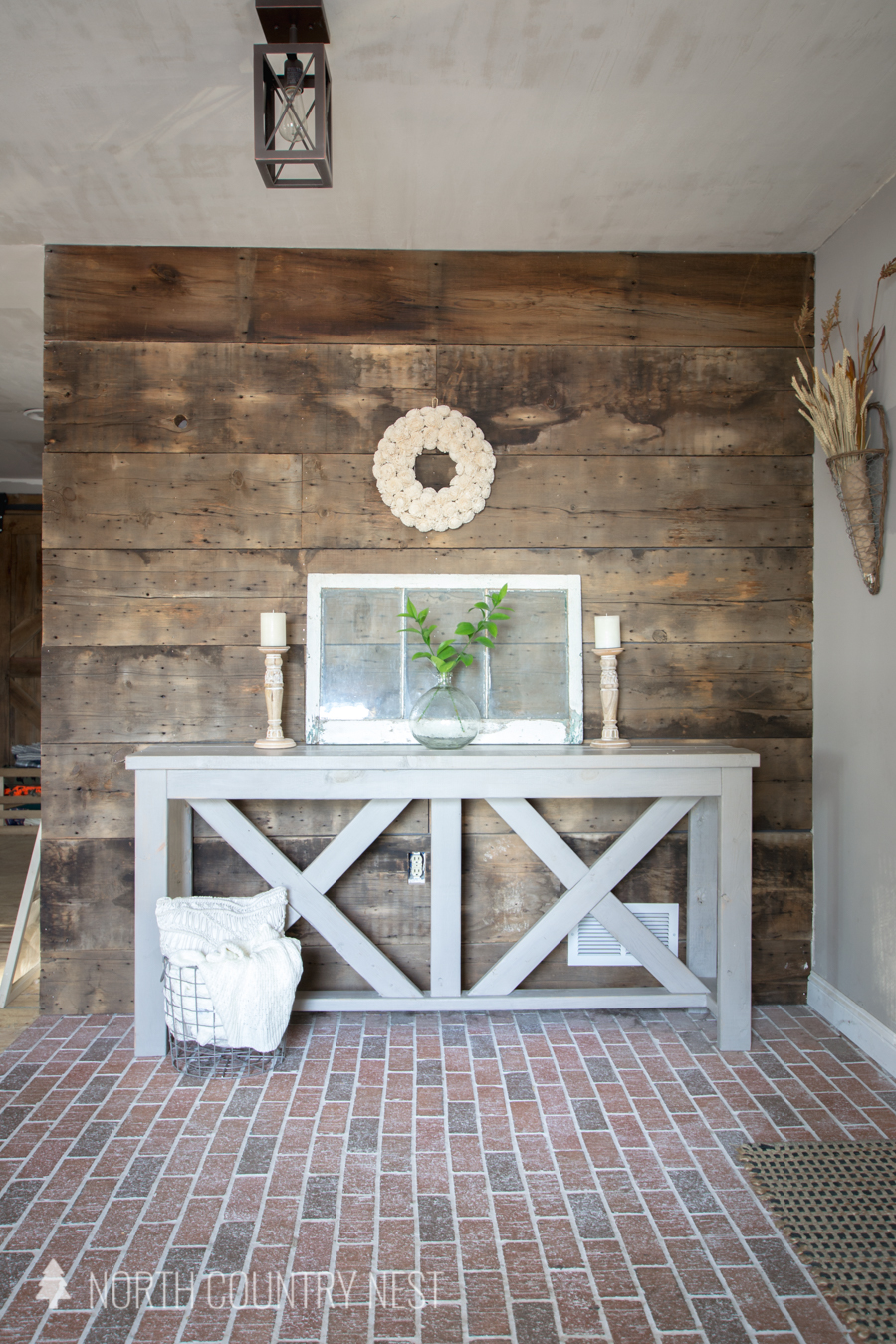 In the last example, I hang a window and wreath on the barn wood wall. It’s a much chunkier option than the wreath alone and I like the contrast between the circle wreath and square window frame. 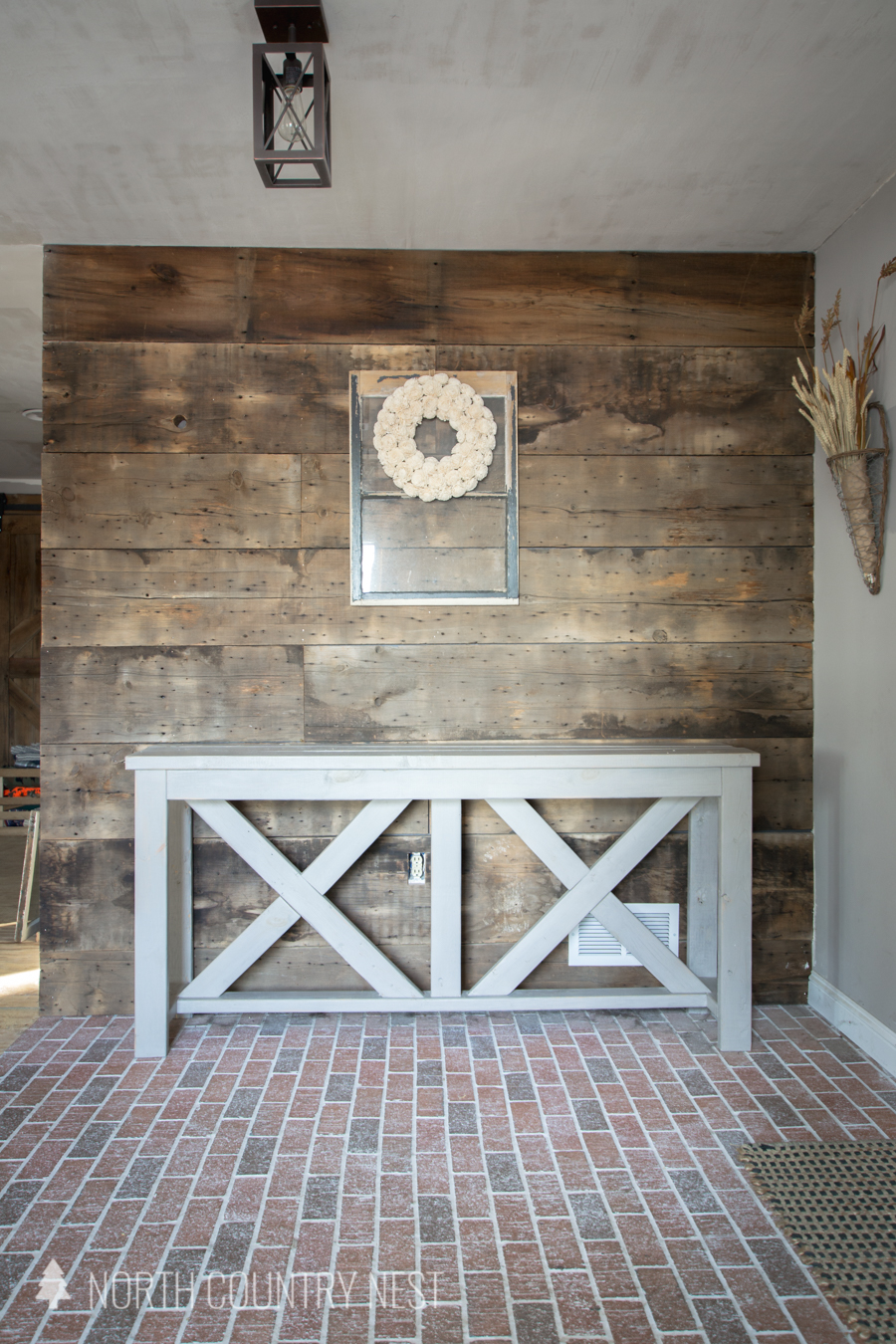 Since your eyes are naturally drawing down the window frame, I opted for a tray, large vase and dried eucalyptus that really makes a statement. 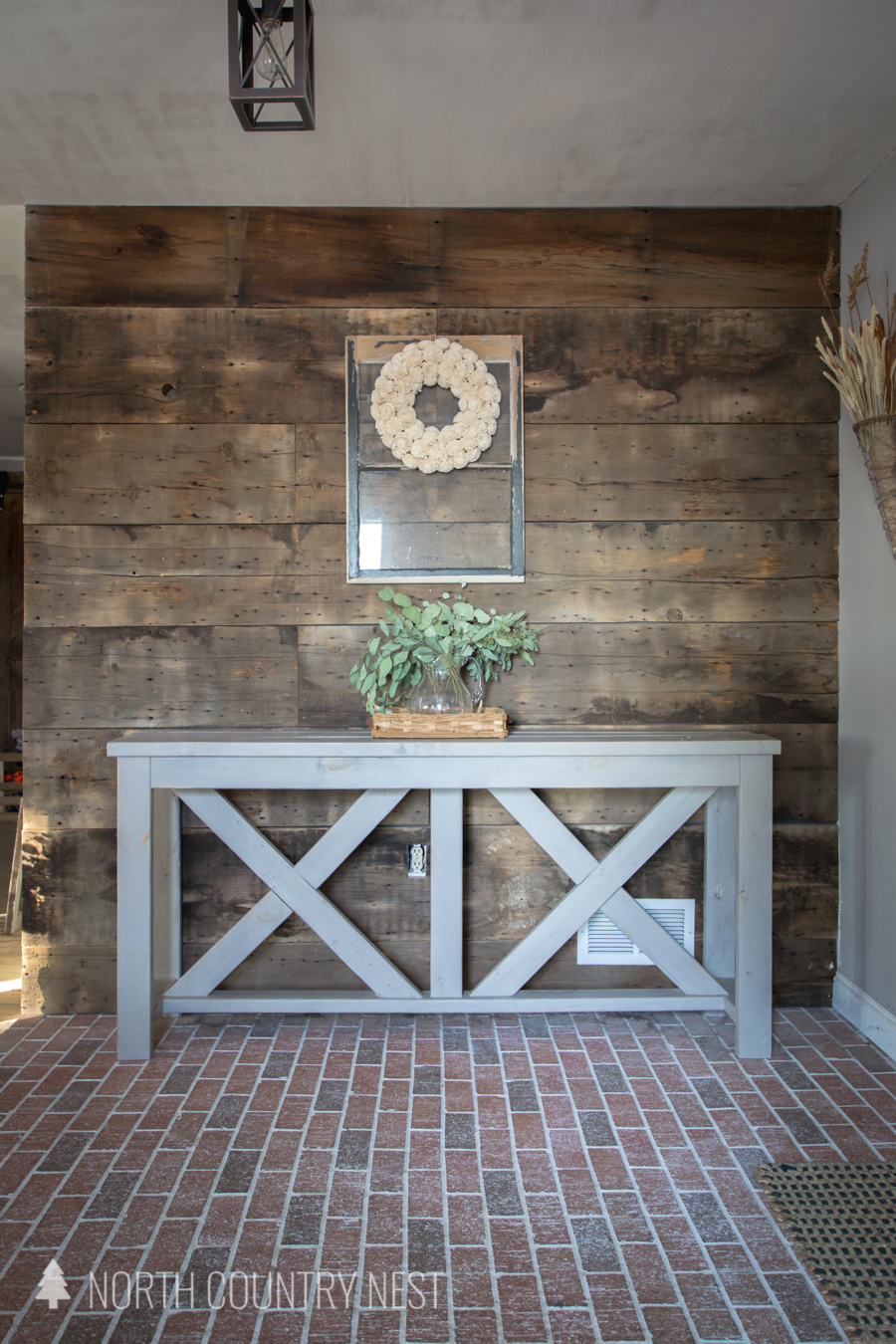 In this instance, I ended up styling each side at one time, versus before when I added an ‘anchor’ and then came back to bring in the three additional pieces. 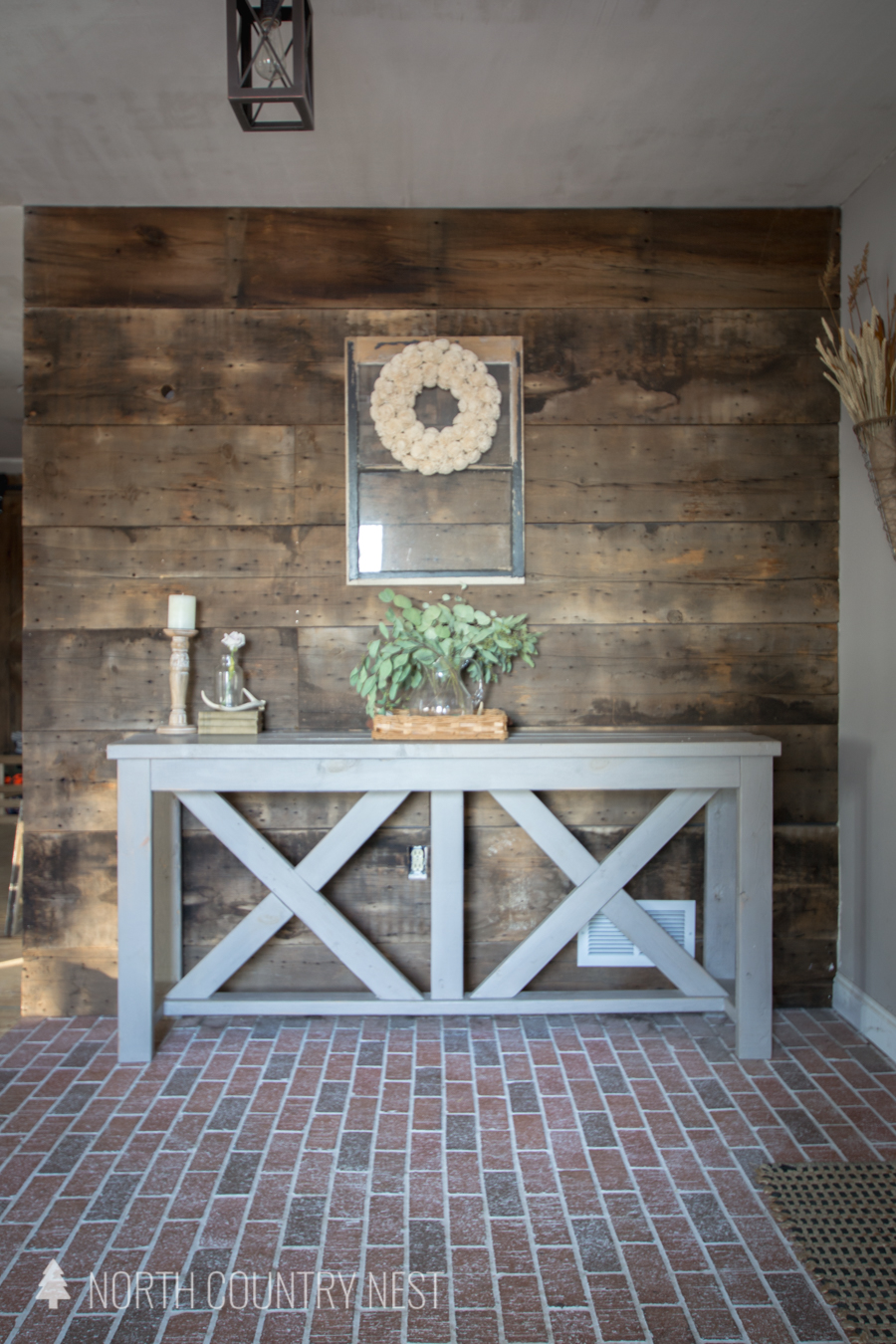 And I left the floor alone – although adding a tall vase to either side might have added some more balance. 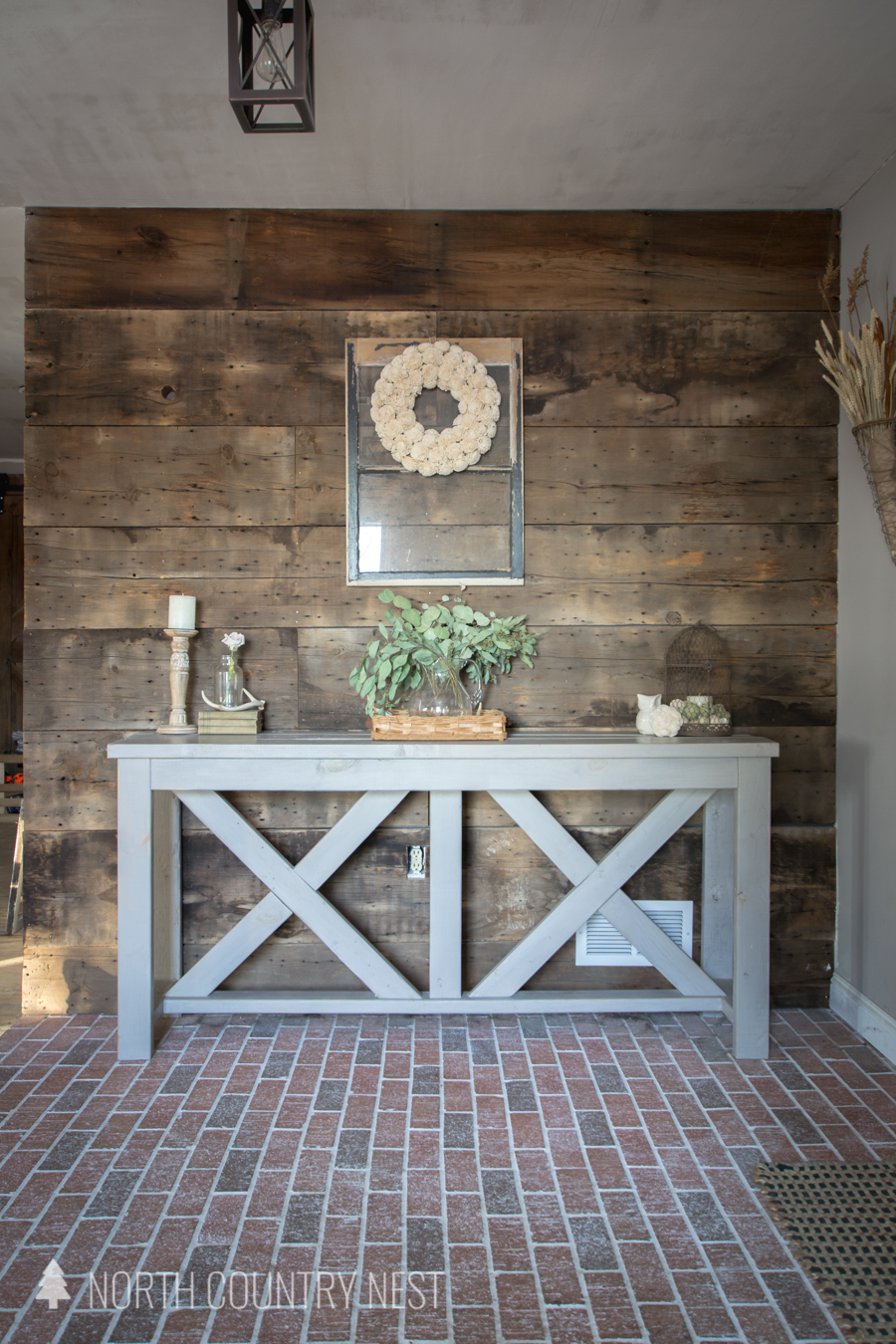 So, friends. There you have it! I hope you’ll take the time to figure out what works for you and what doesn’t – decorating your home is supposed to be a positive, so if you find yourself getting frustrated (been there!) or not feeling inspired, leave it alone for an hour or a day or however long and come back to it later. I promise, when you actually enjoy the process and are mindful of what you’re selecting, you’ll wind up with a space that feels like you and makes you happy. 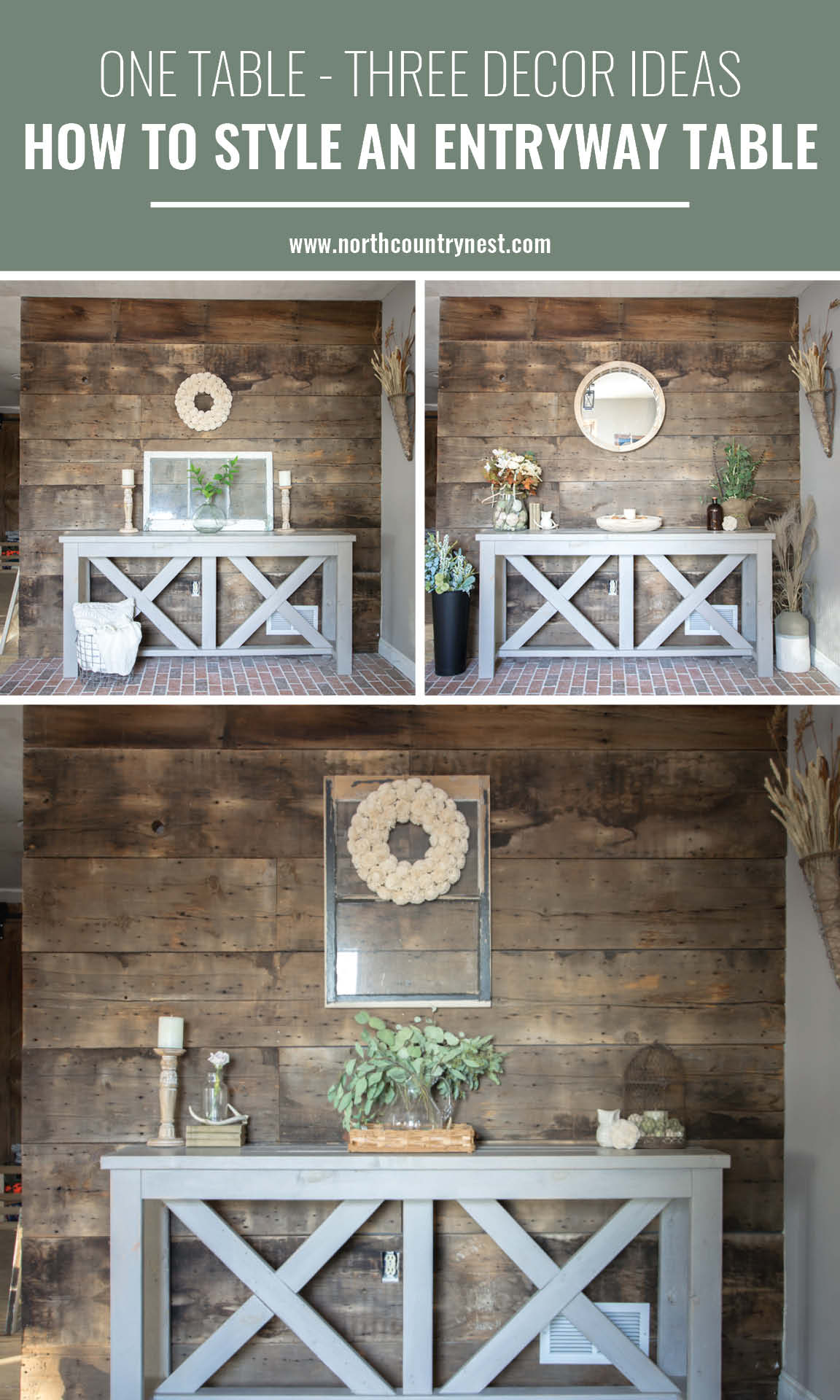