Have you ever noticed how a window can transform an entire space? I almost feel bad for the rooms that are completely enclosed – they don’t really stand a chance at ever having the ‘wow’ factor. Because natural light is addicting and attractive and homey and comforting.

Let’s take our house for example. One of the main reasons we fell in love with it was the view of the lake from the living room windows. When we first toured the house, it was mid-January, cold, cloudy and dreary. But that view was amazing, regardless of the weather. And we knew it would look ten times better on a bright, sunshiney day.

The point being, windows have the power to transform a space and I am going to share with you three separate case-in-points on this matter. 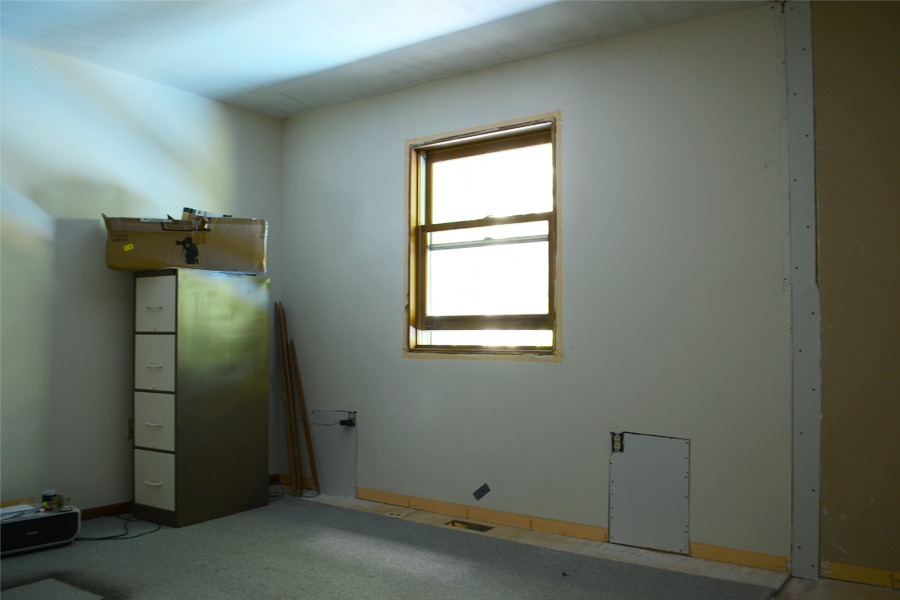 Yes, there is a window in there currently. But we made the new one a touch longer and it made a huge difference! 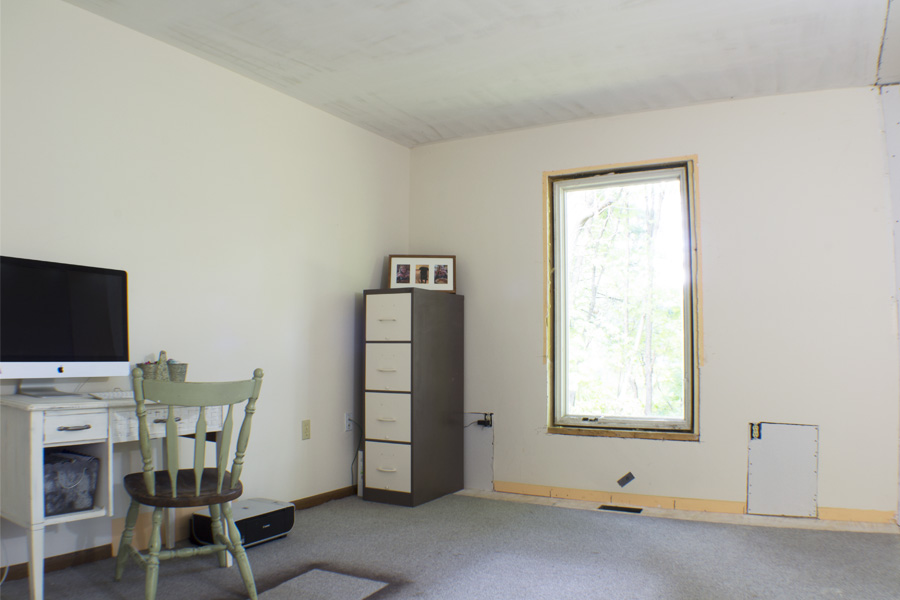 Case #2: the guest bedroom number one 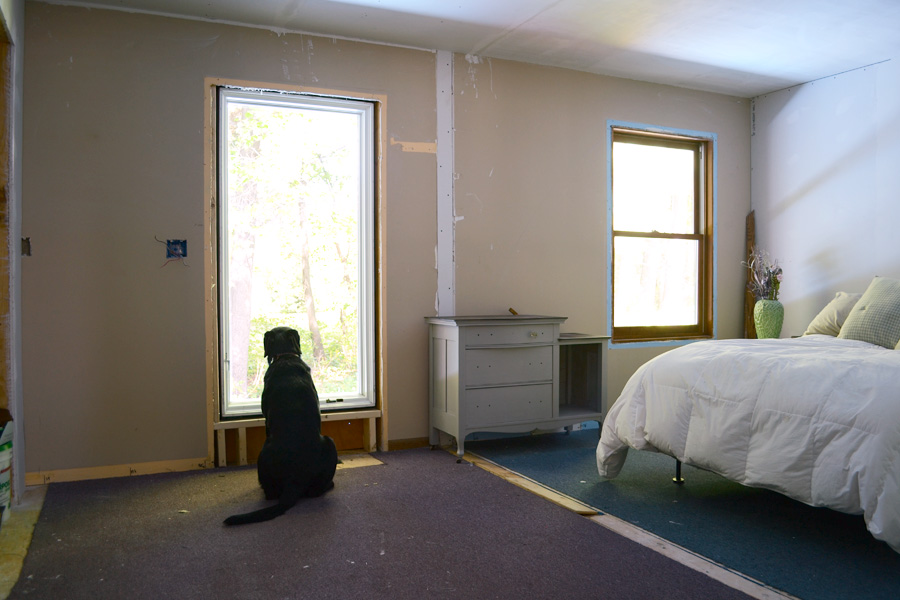 This isn’t the official before shot. I completely forgot to snap a picture before sheet rock started flying, so my apologies! Let me paint the scene: there used to be a door where the left window is. This was the second entrance to the house. We felt like it might be a little weird to have a front door going into a bedroom, so we took out the door, replaced it with a window and replaced the right window with a matching one. As you can see, the new windows are much longer and provide so much more light! 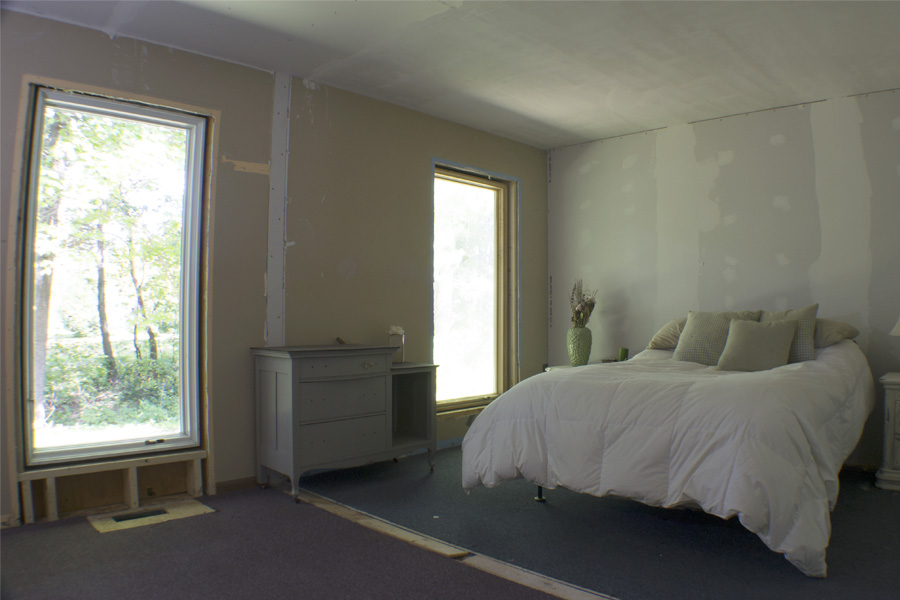 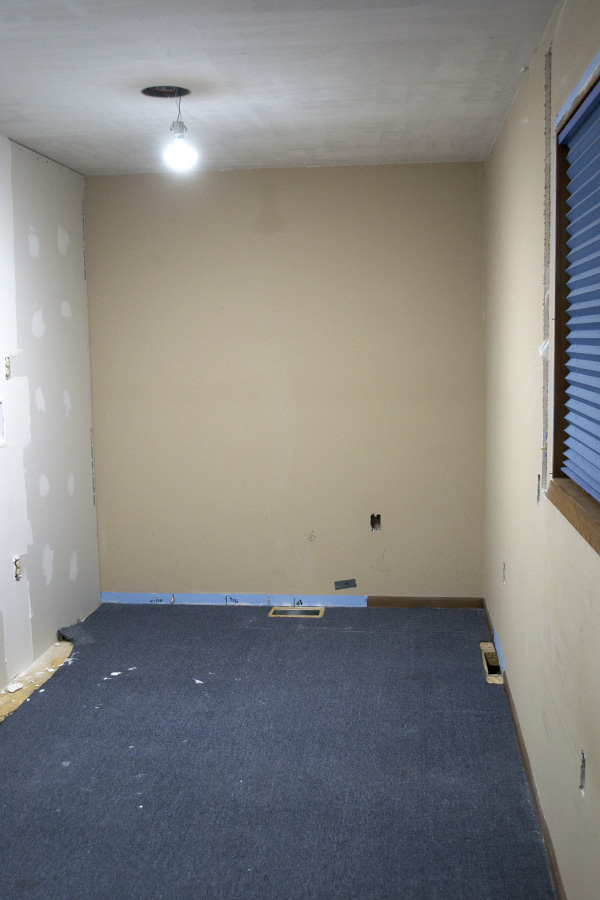 It was only about one month ago that we first threw around the idea of having a window in the mudroom. (I know you see a window in there in the ‘before’ picture, but that will eventually be changed out for a door to the garage). After pondering the window idea for a bit, we decided it needed to happen. And not just any old window, but a huge one. One that took up the entire wall, or nearly the entire wall. Because why not? The more light, the better. 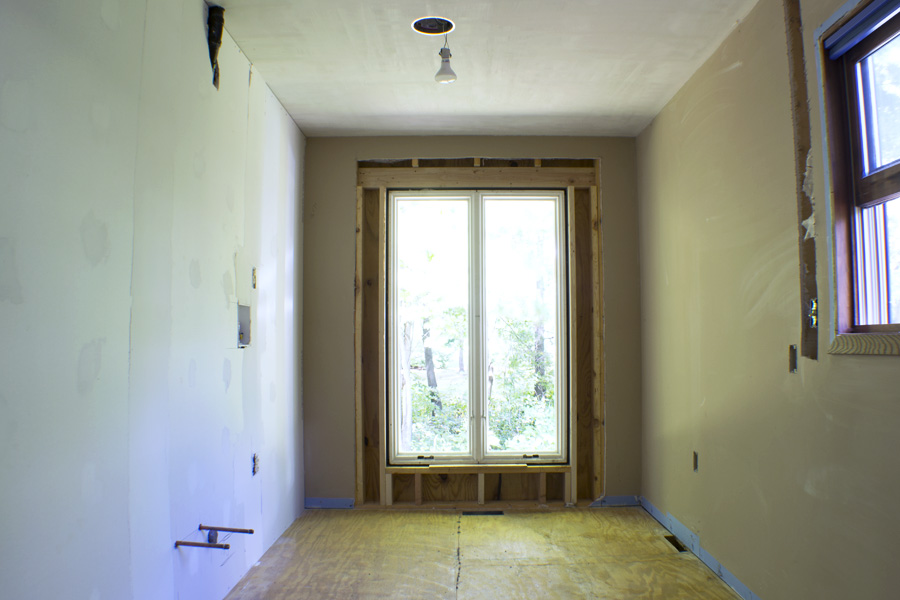 Have I convinced you yet? Windows are a must and if you have a chance to put one in or make one bigger, do it. I promise you, you won’t regret it!